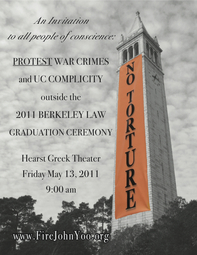 The Survivor, the Psychologist, and the Story
Paper presented at Story-8 Conference, Mansfield College, Oxford University, 2015
--now a chapter in HUMAN RIGHTS AND WRONGS
ABSTRACT:
Telling their story to a doubting judge, asylum seekers who have survived torture not only risk being denied asylum (which may result in deportation and possible death), but may be discredited and disparaged—accused of lying, perjury, malingering—which can be so devastating psychologically as to constitute a new trauma on top of the extreme trauma of torture. ..  The psychologist’s narrative report emphasizes the correspondence between the individual’s current functioning and the events of the past that contributed to it... This chapter looks at the matter of a story’s credibility, as it is influenced by the storyteller’s demeanour and delivery, the listener’s predilections and observations, and an intermediary’s shaping of the narrative in the interest of truth and the protection of life.
​
Powered by