http://www.adriannearon.com/
Thanks for visiting. Please leave a message so we can be in touch.
(also include phone number, and after filling in information, click Submit. I'll reply a.s.a.p.) 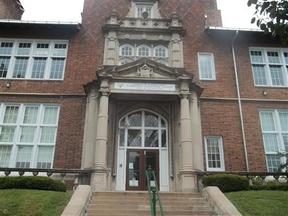 ​  Born and raised in St. Louis, Missouri, in a home without books, Adrianne began haunting the public library at an early age. She learned to read and write at Hamilton Elementary School in St. Louis, and learned Spanish at University City High School. She kept up with the language through travels in Mexico, Cuba, Central America, Spain, and South America, and by working with Spanish-speaking clients in her practice of psychology.

​It seemed  that everybody was going on to college after high school, but her family of mid-level gangsters saw that as a waste of time. With only a dim idea of what an education was, she ran away from home to get one, working, borrowing, and scholarshipping her way through the University of California at Berkeley (BA, MA, Political Science) and U.C. Santa Cruz (MA, Ph.D., Psychology). She stayed in touch with childhood and teenage friends, but severed all ties with the neglectful, abusive family that wouldn’t let her go to school. Decades later, she survived a serious attack of Sudden Family Syndrome, when the sons and daughters of her sister and brother found her on the Internet and delivered a whole list of questions to the mysterious aunt they never knew.
Powered by